The lead RCD squadron was ‘A’, commanded by Captain Roy Nordheimer. They rode at a gallop past Brigade Headquarters for the northwest corner of the wood. Their point of entry was not in fact the exact northwest corner, but it appeared to be from the position of Seely’s headquarters. Heavy machine-gun and rifle fire caused Nordheimer to dismount his men and order them forward with fixed bayonets. He was soon wounded, shot through the right knee, but the Squadron carried on. An estimated 300 enemy soldiers were driven right out of the wood by this attack.
The second RCD Squadron to arrive was ‘C’. They had the farthest to go being sent south, past the west face of the wood, to occupy the southwest tip and establish contact with the French in Moreuil village. They did not make it to their objective. ‘C’ Squadron came over a crest to find itself confronted by heavy machine-gun fire from 3rd battalion 122 FR (3/122 FR) trying to fight its way into Moreuil. Behind the battalion was its close support battery 1/238 FAR. Faced with a heavy concentration of fire, the squadron commander chose to wheel left into the wood. At the same time the battery commander of 1/238 FAR, Lieutenant Gottschid, ordered Staff Sergeant Brehm’s Number Two Section into action. The 238 FAR War Diary described the scene.

The, in peace so often practiced, and in war so rarely used, command “attacking cavalry to right” could now be used. As if electrified, the gun trails flew to the left, and with lightening like quickfire, the two guns opened fire at a range of 400M(etres) at the attacking squadrons.

In a few minutes one could only see a few riderless horses still heading toward our gun lines. The greatest part of the riders lay dead or wounded on the ground. A few lucky ones were able to escape this fate through quick retreat. The drivers of the 1st Battery were able to capture about 20 horses that were very welcome as replacements for the many horses lost by us. As expected, these horses that had been bred on the Canadian steppes, distinguished themselves from our horses, because of their superior nutritional condition. [3]

A native of London, Ontario, Michael McNorgan served for 39 years in the Royal Canadian Armoured Corps, in both regular and reserve regiments, retiring as a major. His last posting with the military was at National Defence Headquarters with the Directorate of History and Heritage. Here his duties included organising overseas military ceremonies such as the commemoration of the 60th anniversary of the Dieppe Raid, the opening of the Juno Beach Centre, and the burial of Canadian war dead whose bodies had only been recently recovered.

He is the author of The Gallant Hussars; A History of the First Hussars Regiment 1856-2004: An Illustrated History (1st Hussars Cavalry Fund 2004), Black Beret; A History of The Windsor Regiment (RCAC) 1936-2006 (The Regiment 2006), The Leopard In Canadian Service (Service Publications 2006) and Great War Tanks in Canadian Service (Service Publications 2009). He co-authored, with Gord Crossley, Facta Non Verba, A History of The Fort Garry Horse (FGH Foundation, 2012), and is also co-author, with the late John Marteinson, of The Royal Canadian Armoured Corps: An Illustrated History (Robin Brass Studio 2000) and More Fighting for Canada (Robin Brass Studio 2004).

In recent years he has been involved in guiding small group tours to the many Canadian battlefields in Italy, Belgium and France. He now lives in Ottawa.

[1] Seely, J.E.B., Adventure, Heinemann, London, 1930, p 299.
[2] Major (Brigadier) C.E. Connolly, DSO and Bar, MiD. Connolly was the Regimental Sergeant Major when LSH landed in France in 1915. He was soon commissioned and appointed adjutant. Promoted to captain he was Officer Commanding ‘C’ Squadron in July 1917 when he won his first DSO. He became brigade major of the CCB just a few weeks before Moreuil Wood. He served as commanding officer LSH from 1924 to 1929.
[3] Storz, K., Das Württemberg Feld-Artillerie-Regiment Nr. 238 im Weltkrieg 1914 – 1918, Chr. Belsersche Verlagsbuchandlung, Stuttgart, 1921, p 66.
[4] Letter from Lieutenant-Colonel C.E. Connolly to H.H. Matthews, Editor Canadian Defence Quarterly, 23 March, 1928, NA, RG 24, Vol 1834, file G.A.Q. 9-10.
[5] Anonymous, ‘Notes: Action of ‘B’ Squadron, Royal Canadian Dragoons, At Bois de Moreuille, March 30’, The Cavalry Journal, Vol. XIV, July 1924.
[6] Gnamm, D.H., Das Füsilier-Regiment Kaiser Franz Joseph von Österreich, König von Ungarn, Nr. 122 im Weltkrieg 1914 – 1918, Chr. Belsersche Verlagsbuchandlung, Stuttgart, 1921, p 240.
[7] Lieutenant-Colonel D.J. MacDonald, DSO and two Bars, MC, MiD had started the war as a lieutenant commanding 3rd Troop ‘C’ Squadron, LSH. He commanded his regiment at the end of the war and again from 1919 to 1924. Remaining in the army he rose to the rank of major-general.
[8] A BC fruit farmer, Flowerdew had originally served in the 31st BC Horse. His unit was broken up in Valcartier, most personnel going to LSH. SQMS Flowerdew became a lance corporal in ‘B’ Squadron, his brother Eric a trooper in ‘C’ Squadron. Gordon Flowerdew was commissioned in May 1916.
[9] Seely, Adventure, p 303.
[10] Williams, S.H., Stand To Your Horses, Through the First World War 1914 – 1918 with the Lord Strathcona’s Horse (Royal Canadians), D.W. Friesen and Sons Ltd., Altona, Manitoba, 1961, p 204. Lieutenant (Brigadier) F.M.W. Harvey, VC, MC, Croix de Guerre, CD. Lieutenant Harvey who already held the VC would win an MC for his work at Moreuil Wood and finish the war with a Croix de Guerre as well. He went on to command LSH from 1938 to 1940, and served as a brigadier in World War II.  He died in 1980.
[11] Dale, Albert, ‘A Letter to the Editors of the Ottawa ‘Journal’,’ The Strathconian, May 1954, p 16.
[12] Sergeant T. Mackay, MM. The wounds he received at Moreuil Wood were so severe he never served with his regiment again.
[13] War Diary, 238 Field Artillery Regiment, 30 March 1918.
[14] Sergeant (Lieutenant) F.A. Wooster, MM. He won the MM for his work at Moreuil Wood and was one of a group of NCOs commissioned shortly afterward to help make up the shortage of officers. He returned to Canada with his regiment in 1919.
[15] Williams, Op Cit, p 206. Lieutenant R.H. Harrower never returned to regimental duty following his wounding at Moreuil Wood while rescuing Flowerdew.
[16] G. Brooke, The Brotherhood of Arms, William Clowes and Sons Ltd., London, 1941, pp 105, 106.
[17] Lieutenant (Captain) S.H. Williams, MC. He won an MC at Rifle Wood on 1 April 1918. On 24 April 1918, ‘C’ Squadron LSH was asked to pose for artist A.J. Munnings while he created his famous work entitled ‘The Charge of Flowerdew’s Squadron’. Williams represented Flowerdew. He survived the war to publish his memoirs in 1961. 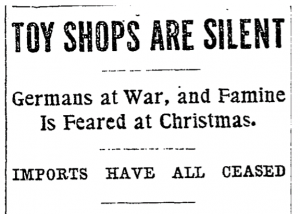